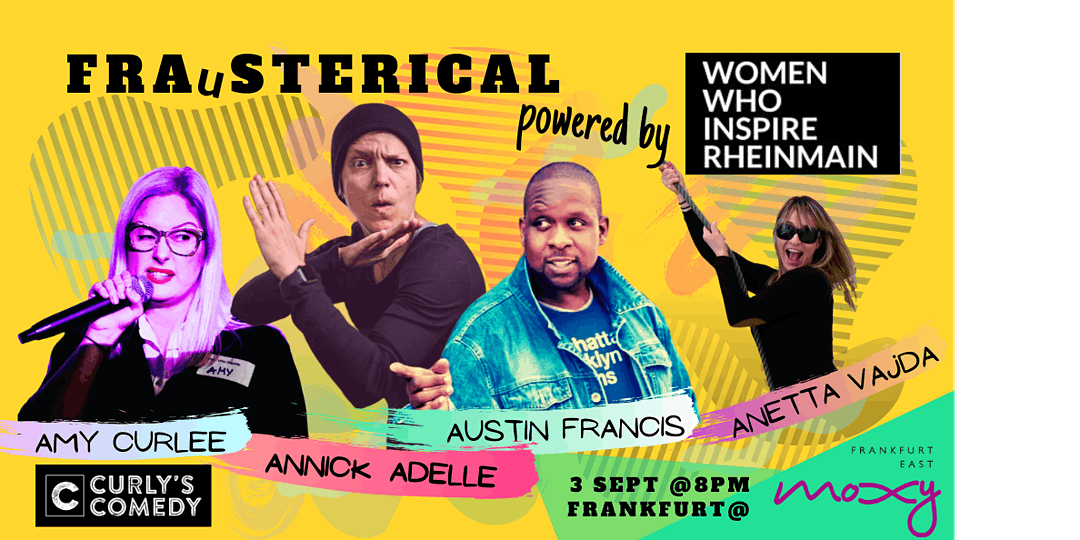 Let’s jam as many stereotypes into one lineup as possible and she what shakes out?

Chase away those end-of-summer blues with a night of female forward comedy. But just to prove that militant feminists can be inclusive, we invited a dude too!

AUSTIN FRANCIS. He is a New York City native, a rapper and aspiring voice-over artist who took a chance on comedy 3 years ago, and hasn’t stopped ever since. A storyteller with his music, he adapted this to his comedy, to great results. From family, love, work, to all points in between, he finds it therapeutic to talk about because, “laughter is the best medicine”.

AMY CURLEE. Between frantic searches for vegan-paleo-gluten-free delicacies and proving how “woke” she is A Curly can be found on comedy stages from Dubai to NY. Her comedy specialties include being outraged on behalf of others and explaining that she’s “not that kind of Becky”. She loves making sure the people in the front row regret coming to a night where she is hosting….. Just kidding! Or is she?

JOIN US and have a good time!

The event is hosted and moderated by:

–> Registration required! <–NOTE: we only accept registration through EVENTBRITE