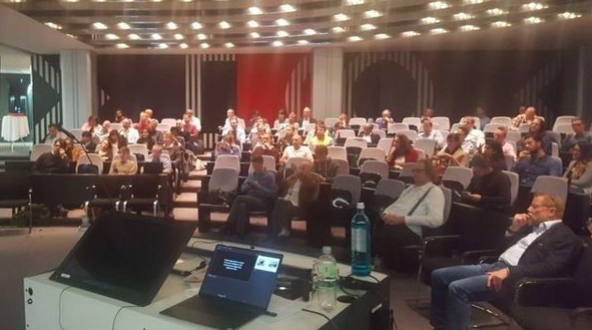 We are proud to present our speaker lineup – which includes three CEOs!!!

First, we have a keynote by Vishal Rai who is CEO of an AI startup in Frankfurt called Acellere. He has been building AI for many years, has a strong opinion on what it, takes to build a great AI product and, is critical of the irresponsible hype that is surrounding AI. I am eager to hear about it.

After that we have Bernd Geiger, the CEO of semafora systems. He is the brain behind AI built on ontologies. He will tell us why ontologies are so cool and why they help machines think like brains. He even thinks that AGI (artificial general intelligence) cannot be done successfully without ontologies. This is what he had to say:

“AI is now a mainstream topic, but much is criticized: the black box principle, big data needs to train the AI, the lack of transferability, etc. The methodical approach of semantic AI is much closer to human thought processes than the pure statistical approach of Deep Learning and gets by with small data in many automation tasks and provides comprehensible decision paths.”

Finally, our last speaker will be someone I have known for many years – Christoph von der Malsburg. He is a German pioneer of AI. He was a co-founder of two AI companies and has had profound impact on how we think about neural machines – artificial and biological. He will tell us about his most recent insights on what is important to build machines that can efficiently perceive the world surrounding them. It is always a great pleasure having Christoph as company.

NOTE, that we are starting this time earlier, at 18:00, due to WeWork restrictions.

Our sponsor is DXC-technology. The last time they were sponsoring us and we enjoyed wonderful pizza. Once again we are happy to announce that we will have wonderful pizza on the 28th of February. We will try to get the order just right—not too much food, not too little—despite the fact that we never managed so far to get it right; it has turned out difficult to predict how many people will actually come. And it is surprisingly difficult to even predict how much appetite attendees will have.