Startuprad.io the international voice of the Rhine-Main startup scene

Startuprad.io was first intended in 2014 to be the podcast channel for English content from the Startupradio.de partnership. This soon changed after the team realized how much more demand there is for a more in-depth coverage of the German and European startup scene in English. Since inception Startuprad.io is growing strong with more than 300% each year.

As you may have noticed, Startuprad.io started in 2017 a YouTube channel as well. This appears to be working out great, having more than 500.000 views in less than half a year, much of it with content from Rhine-Main. Looking at the numbers, it appears the team is reaching new audiences, especially in South America (Brazil and Chile are in the top 5 locations of viewers, next to the US, UK, and Germany). Several other publications (including, but not limited to Geek Time, RheinMainStartups, HalloFrankfurt.de, and Gruendermetropole) have included content from there in the past and will likely keep doing so. The team will also work on extending this network of partners. To enable publications to include Startuprad.io audio content, there is now a SoundCloud account.

The goal for the future is clear; Startuprad.io wants to become the most important English speaking startup podcast in Germany, becoming a business medium and a premier source of information for entrepreneurs, startups and investors. The podcast is not there yet, but is on the right track, for example, the website had more than 2 million hits in 2017. The podcast achieved a spot in the iTunes Top 100 podcast download charts for 2017 in Germany, as well as the UK. There have been additional accolades as well e.g. named a tech podcast any entrepreneur needs to know by Gründerszene or the only podcast from Germany to be recommended by EU Startups, even the Israel based publication Geektime featured Startuprad.io.

The podcast has a very international audience. For example, the listeners on the podcast (measured by downloads) include in the top 25 countries, of course, Germany, but also the USA (almost 50% – with hotspots in New York and Silicon Valley). There are also some surprises, where there is interest in the Frankfurt and German startup scenes like China, India, Japan, Mexico, South Korea, the Philippines or Malaysia. 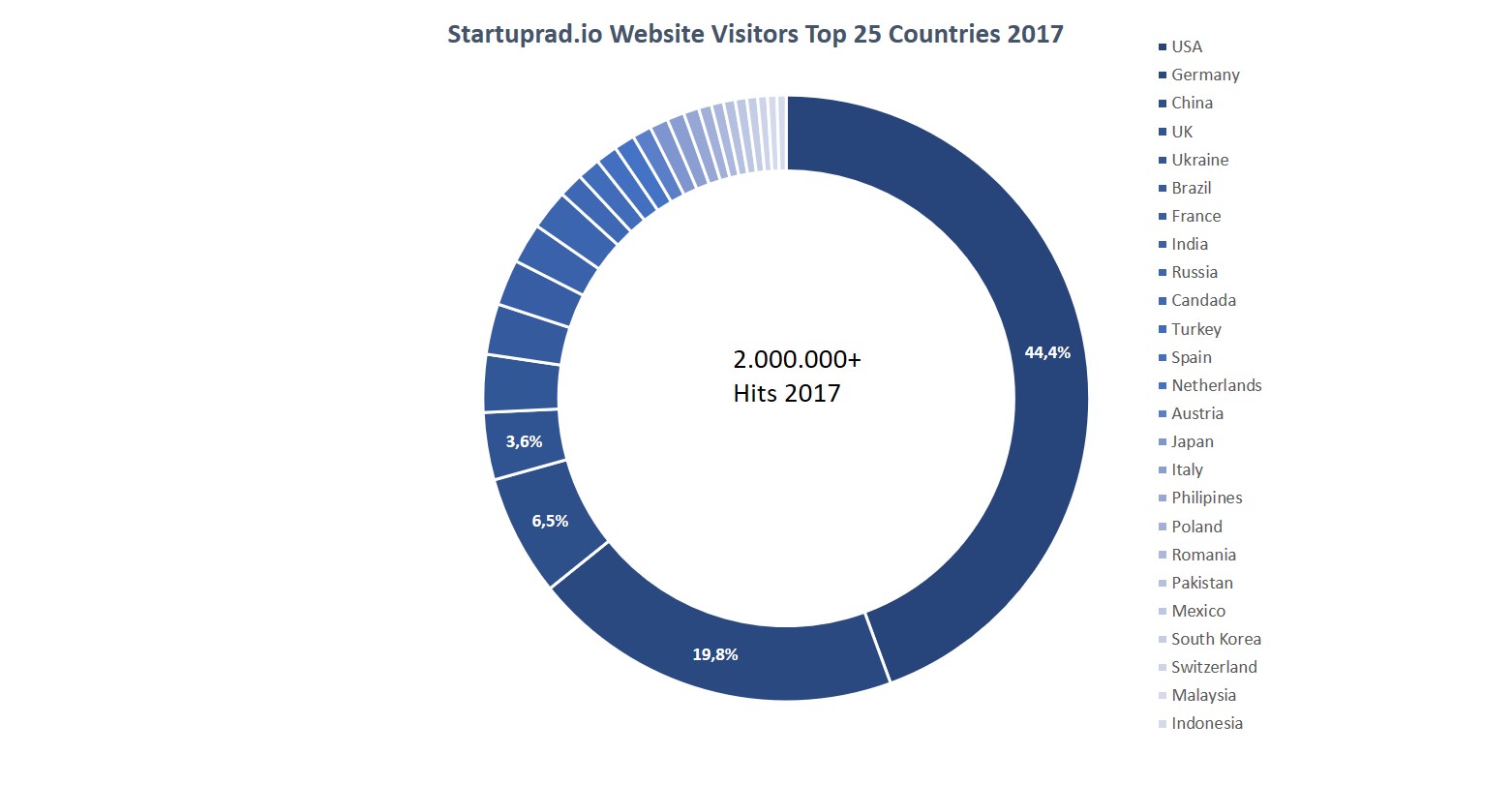 The Startuprad.io team, of course, has a soft spot for the startups from the Rhine-Main area and will keep spreading the word. Keep feeding it with your news and requests via contact@startuprad.io. Even if the team can not get you an exclusive interview or add you to the regular startup news, it is worth reaching out and asking them to share your content on social media. They are quite influential on a global level, according to analytics company Klout.com 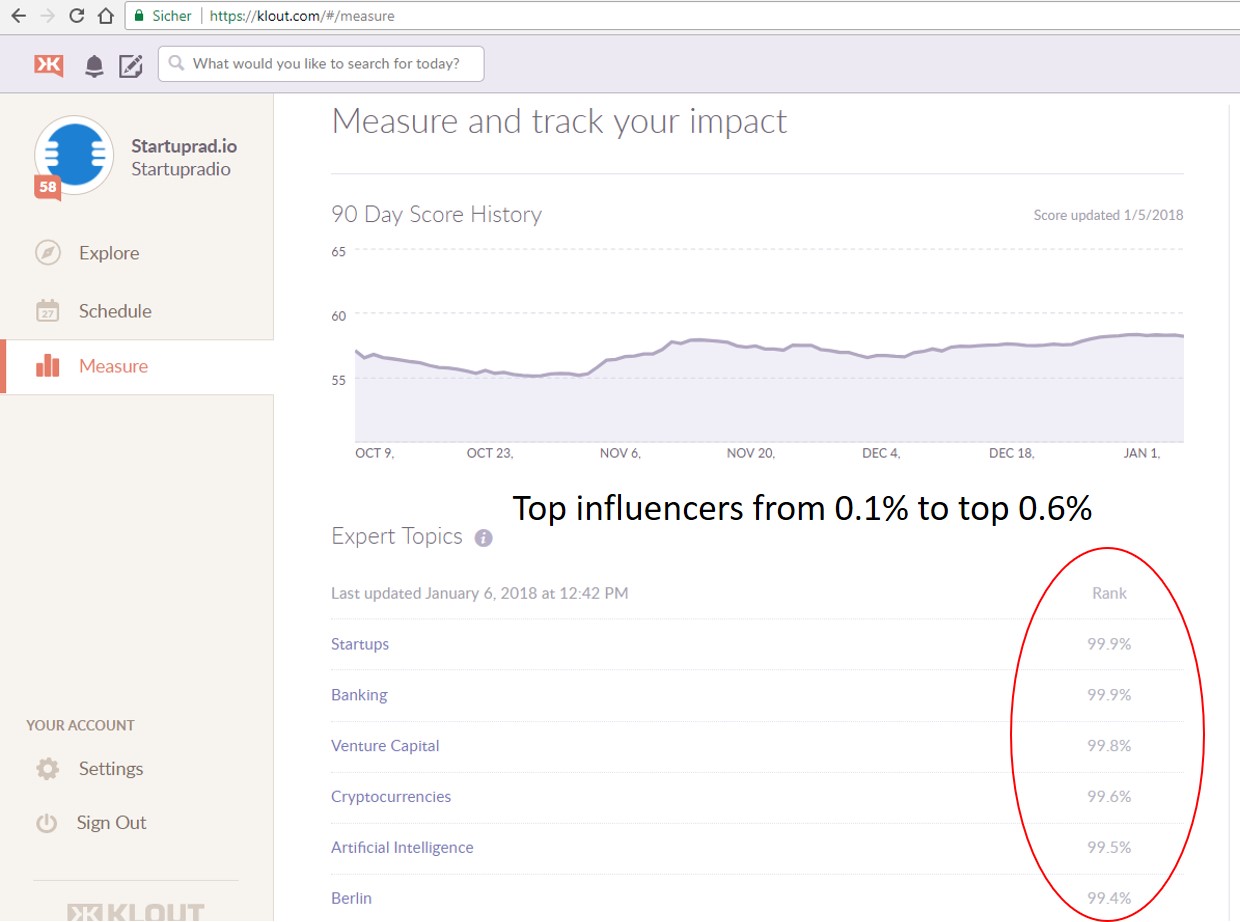