Highlights of the first day at me Convention 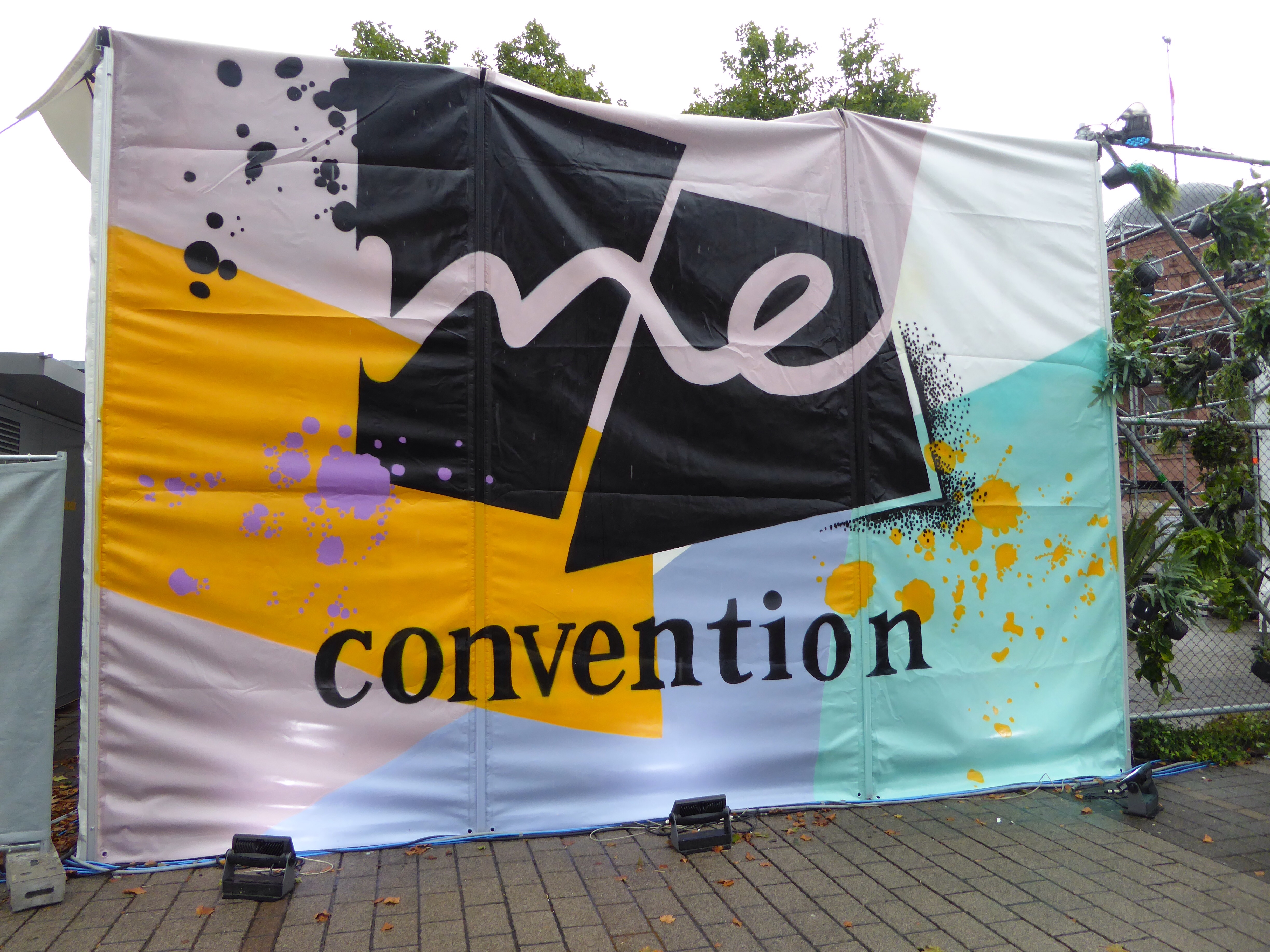 Explore or Expire
Inspiring talks, deep insights and a big portion of courage for exploring the world: the very first me Convention – organized by Mercedes-Benz and South by Southwest (SXSW) – opened its doors yesterday (September 15th) in Frankfurt. Sheryl Sandberg met Dieter Zetsche in a rare public exchange of industry leaders; startup cities came together while all our addresses got reinvented; and astronaut Buzz Aldrin talked about exploring space while explorer Mike Horn inspired to conquer earth.
Buzz Aldrin: The moonwalker gives opening keynote at me Convention
He entered the stage with a moonwalk and a “Get Your Ass to Mars” t-shirt from his own collection: Buzz Aldrin, the 87 year old American astronaut who became a living legend as the second man to ever set foot on the moon. A man who has seen #newrealities before anyone else, he also took the first selfie in space – with a camera attached to the Apollo 11 spacecraft, “the most expensive selfie stick ever invented.” Aldrin’s efforts today reach much farther than the moon: He wants to get humankind to Mars in the next two decades. “Don’t visit and go back. Visit and occupy”, said Aldrin, before leaving the stage with a clear message: “Explore or expire.”
Sheryl Sandberg and Dieter Zetsche: Meeting of the giants
Finding common ground between two industries that have been mostly separate for the past decade was the main message of the highly anticipated conversation between Sheryl Sandberg, COO at Facebook, and Dieter Zetsche, Chairman of the Board of Management of Daimler AG and Head of Mercedes-Benz Cars. Zetsche greeted Sandberg by saying: “Your company is 13 years old, ours is 130 years old.” “I’m here to learn from you”, Sandberg replied. “It should have been my line”, said Zetsche.
Zetsche contemplated about his company’s attempt of taking on Silicon Valley’s mantra of “Failing Fast”. “It’s hard to build the S-Class, which has to be perfect, and embrace failure while working with startups at the same time. But I’m glad we’re seeing more of this coming together.” Both Zetsche and Sandberg stressed how Facebook and Mercedes are aiming for the same goal in the end: connecting people and bringing them together, virtually and in reallife. The two leaders also discussed mutual challenges such as the missing gender balance both industries experience. Sandberg encouraged young parents with daughters to teach them how to code. She also gave men some marriage advice and recommended to do the laundry instead of buying flowers – but ideally doing both.
Zetsche closed with a learning for all industry leaders facing disruption: “Even if we are more successful than ever before, we have to change faster than ever before.”
Clare Jones: Villa.Lions.Lizard. What’s your new address?
“75% of people in the world live with inadequate, poor or no addressing system”, said Clare Jones. Her London-based startup called what3words is here to change it. Together with her co-founders, Jones broke down the world in 57 trillion 3 meter x 3 meter squares and addressed each with three simple words. This way, the gate to me Convention can now be found at villa.lions.lizard on the what3words app. In rural areas, slums, deserts and oceans all over the world, the system has since helped people find each other, receive a package or even organize disaster relief.
After several governments and NGOs, Mercedes-Benz just announced to include the award-winning system in their next generation of cars. What3words works with any smartphone, with or without reception: “It’s not a database, but a GPS algorithm”, said Jones. “The 57 trillion squares only need 12 megabytes of code.” Jones’ favorites 3-word-combinations: never.never.land, which can be found in Essex, England. And party.party.party near Punxsutawney, Pennsylvania, USA.
Startup Cities: A journey across the globe
In a comfy round room called Makers’ Spot, a dozen cities from Europe, the Middle East and Asia made their appearance at me Convention, presenting themselves as breeding grounds for the next generation of disrupters. Covering a distance of over 100.000 kilometers across the globe, representatives and leaders from Tokio to Tel Aviv, Stockholm to Athens gave honest and fascinating insights into government funding, living costs and co-working opportunities. Inspiring startup stories were also being shared – from Prezi in Budapest, which transformed the style of presentations around the world, to GO-jek in Jakarta, which has disrupted transportation in Indonesia and even trumped its major competitor, Uber.
On one feature, there was common ground among the diverse representatives from cities near and far: great weather conditions help startups flourish.
I don’t do what I do to die. I do what I do because it makes me feel alive.”
Probably the most inspiring talk of the day came at the closing hour. Mike Horn, a South Africa born explorer and extreme adventurer, took the stage to share his latest expedition: crossing Antarctica as the first human ever. Horn, who is 51 and resides in Switzerland when not exploring the most exposed corners of the planet, has an impressive catalogue of achievements of solo expeditions, probably more than every other human ever. He has swum the Amazon River solo and unsupported, circumnavigated the globe at the equator unmotorized, walked to the North Pole during the dark season and has scaled all of the world’s 8.000 meter peaks, including a recent attempt to paraglide K2. “I don’t do what I do to die,” said Horn. “I do what I do because it makes me feel alive. I like obstacles because they make me better.” Putting discipline and leaving the comfort zone at the center of his personal philosophy, Horn even set foot on the edge of the me Convention stage, half-falling off. “Walking close to a cliff might be dangerous, but the view is amazing.” His daughters Annika and Jessica, seated in the first row, nodded accordingly. Asked how he combines family and dangerous adventurism, he said about his daughters: “When they were about twelve years old, instead of taking them to Disneyland, I took them to cross Greenland by ski.” 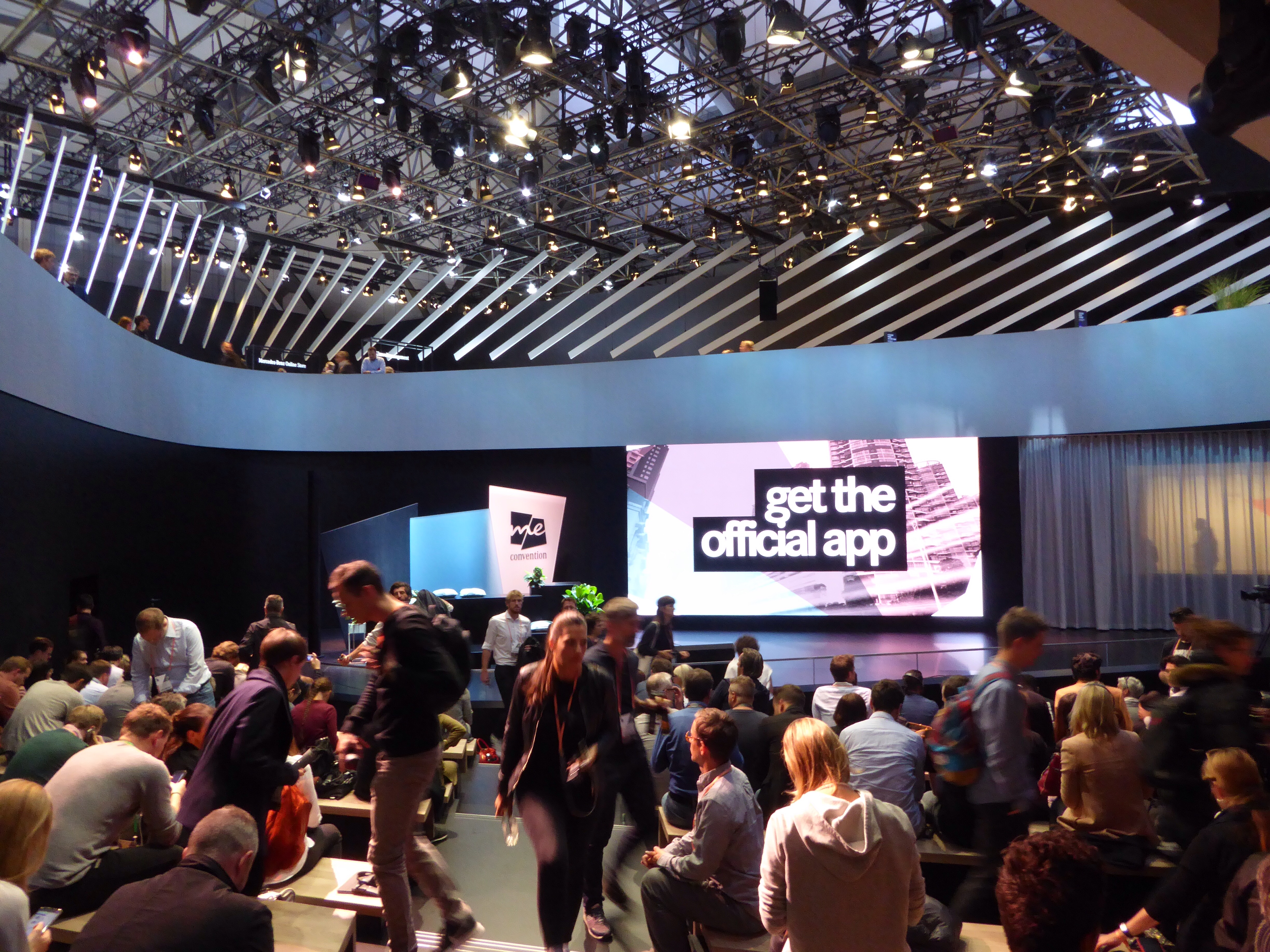 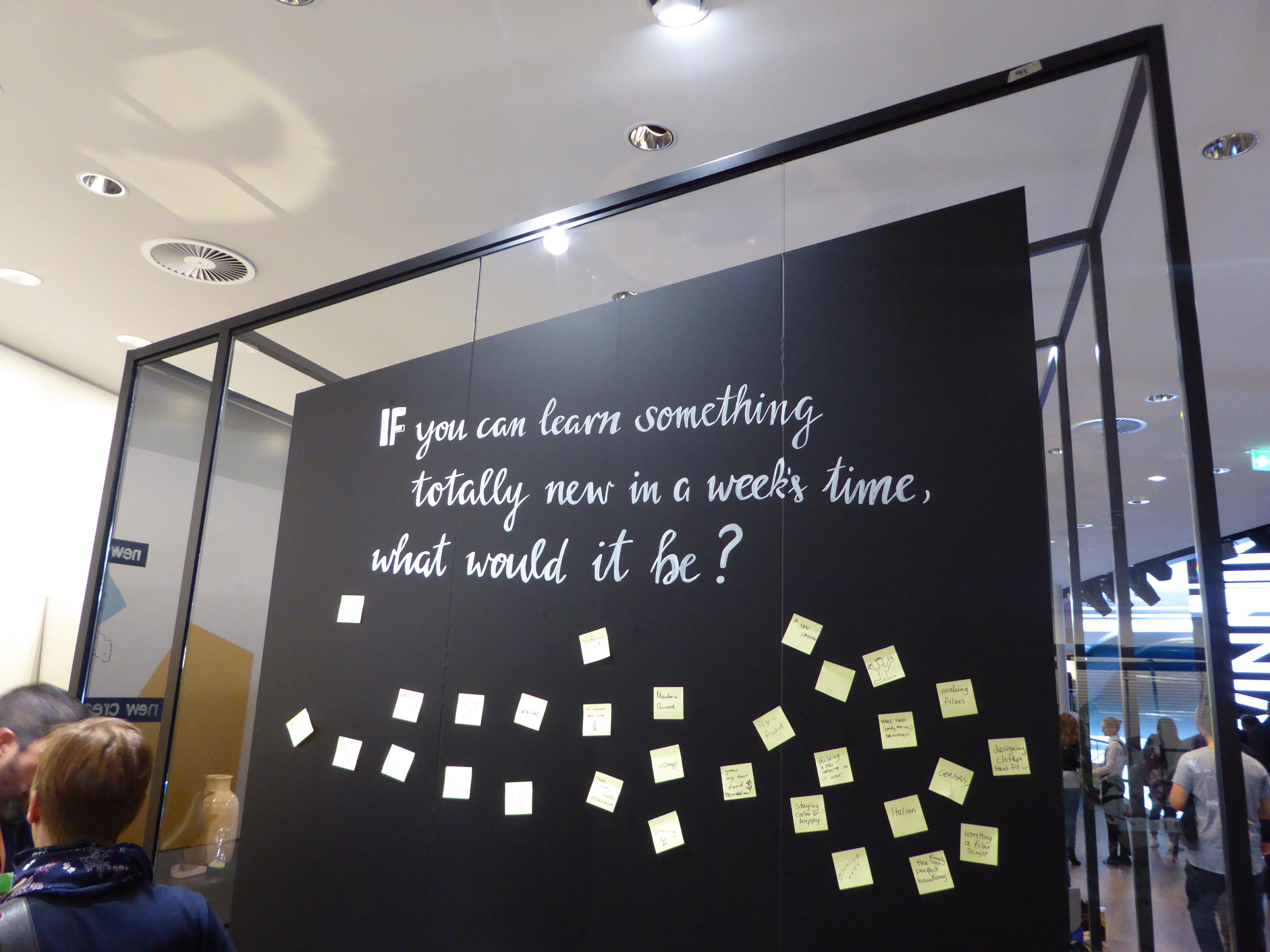 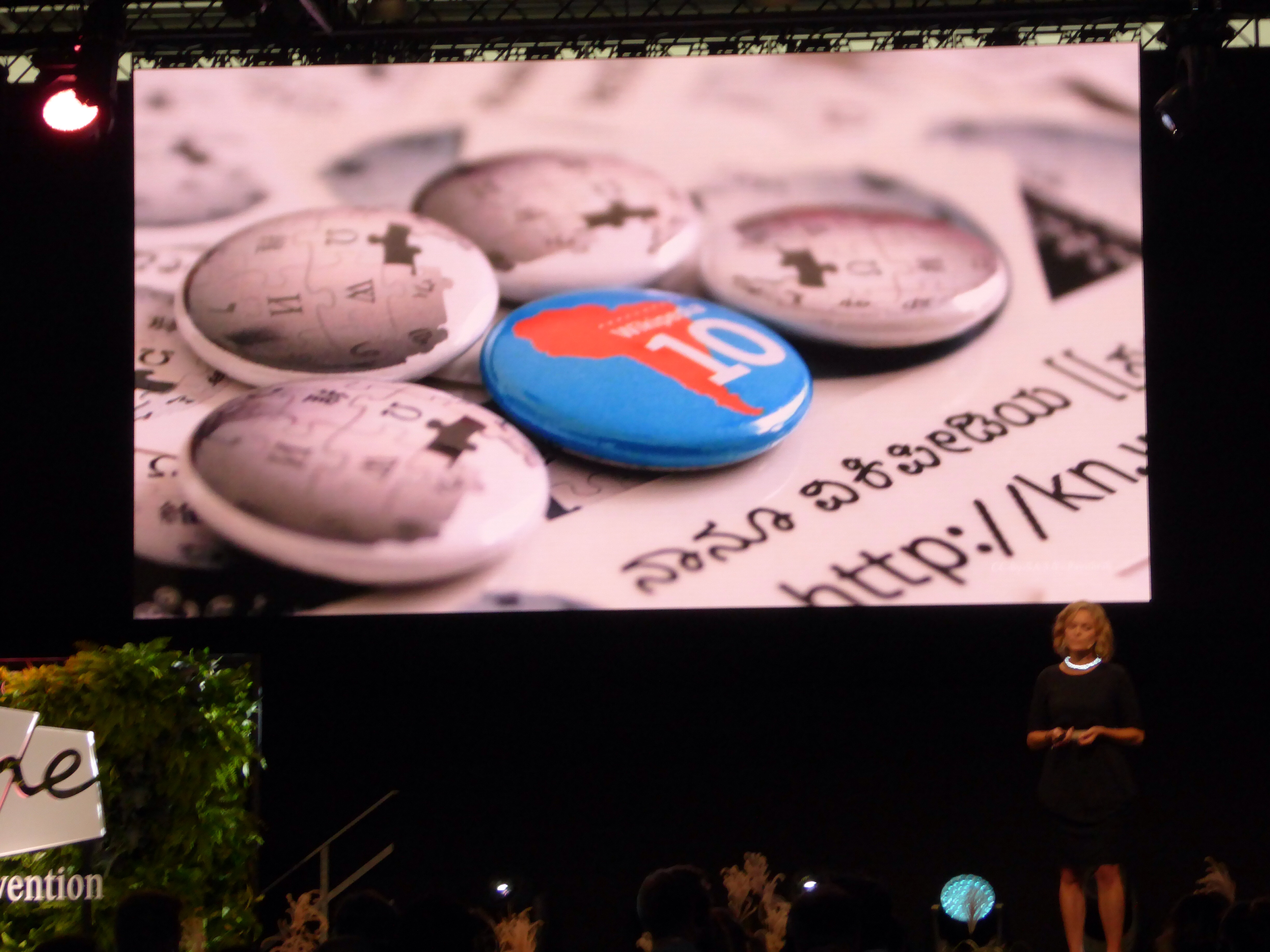 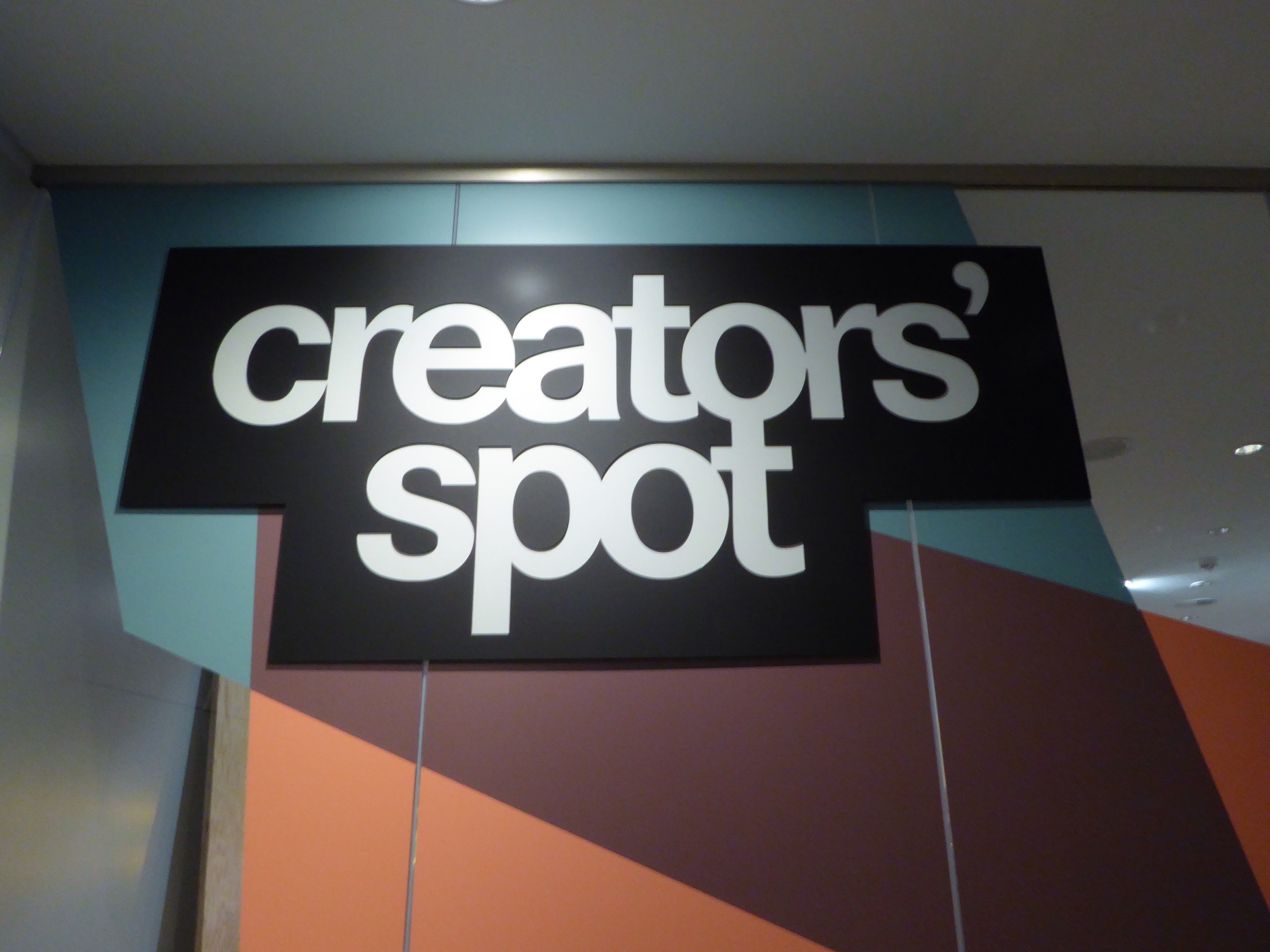 Highlights of day 2 at me Convention